Somatic mutations present at a low allelic fraction have been implicated in tumor progression, recurrence, metastasis and drug resistance. The ability to detect these mutations via next-generation sequencing is crucial but often impaired by small sample size, low cellularity, and tumor heterogeneity. In order for sequencing to aid in directing personalized cancer therapies, these low-representation alleles must be accurately identified and interpreted. We sought to determine the sequencing depth and analytical parameters required to detect small variants in cancer by completing exome and transcriptome sequencing of four cancer cell lines. These lines contain a number of known mutations in EGFR, KRAS, BRAF, and more than 20 other cancer genes at well defined levels of allelic representation, with some mutations at fractions as low as 1%. We completed high-depth exome sequencing with our ACE exome assay, which augments and improves coverage of over 1200 cancer genes, increasing our sensitivity for cancer variants. We utilized modified bioinformatics approaches and integrated whole-transcriptome sequencing to validate our findings. We find that our method is highly sensitive at moderate depths, detecting mutations present at 1%; allelic fraction, and show how the limit of detection changes as depth of coverage changes. We also find high concordance between our estimated allelic fractions and known values. Notably, we recapitulate canonical EGFR mutations, such as T790M, which has been shown to confer acquired resistance to treatment with EGFR tyrosine-kinase inhibitor therapies. 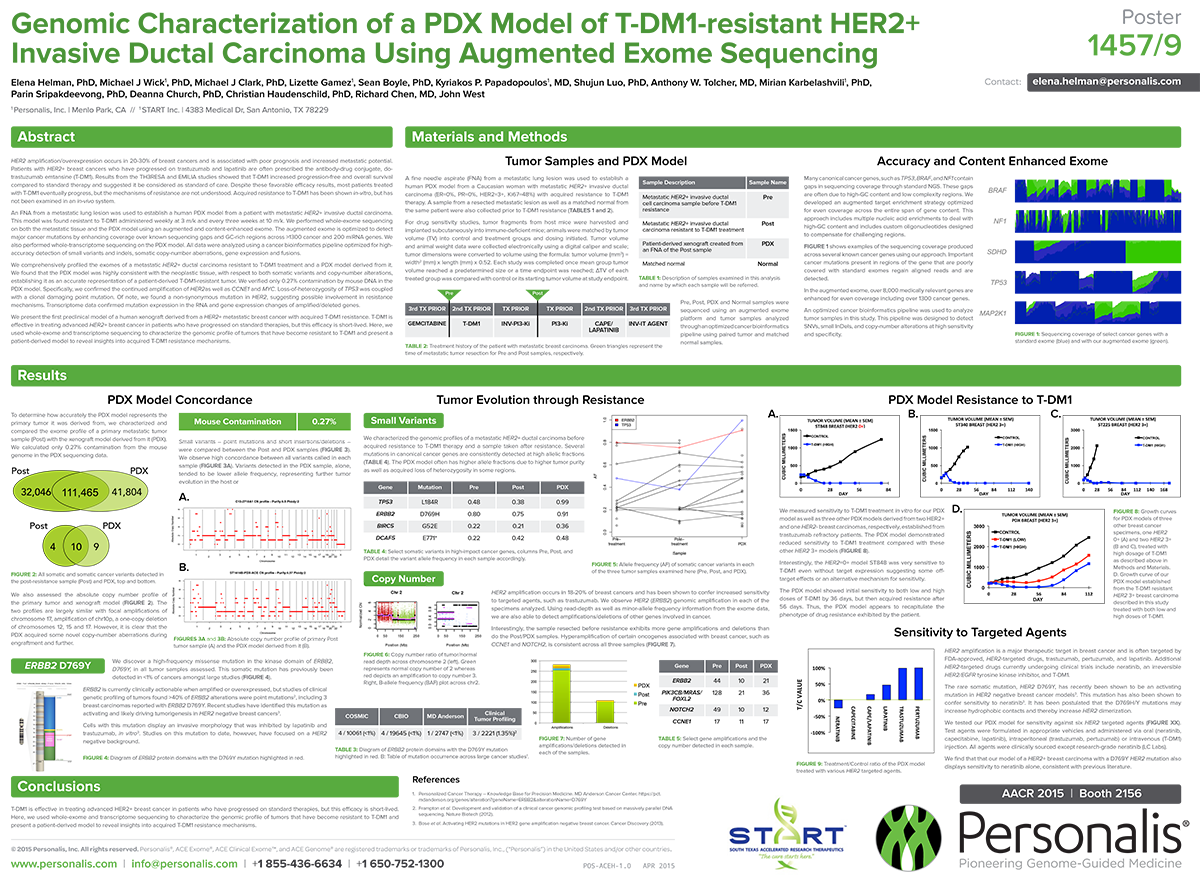 Download
mckinleymedia2020-12-07T12:48:39-08:00
Page load link
We use cookies on our website to give you the most relevant experience by remembering your preferences and repeat visits. By clicking “Accept”, you consent to the use of ALL the cookies.
Do not sell my personal information.
Cookie Settings Accept
Manage consent

This website uses cookies to improve your experience while you navigate through the website. Out of these, the cookies that are categorized as necessary are stored on your browser as they are essential for the working of basic functionalities of the website. We also use third-party cookies that help us analyze and understand how you use this website. These cookies will be stored in your browser only with your consent. You also have the option to opt-out of these cookies. But opting out of some of these cookies may affect your browsing experience.
Necessary Always Enabled
Necessary cookies are absolutely essential for the website to function properly. These cookies ensure basic functionalities and security features of the website, anonymously.
Functional
Functional cookies help to perform certain functionalities like sharing the content of the website on social media platforms, collect feedbacks, and other third-party features.
Performance
Performance cookies are used to understand and analyze the key performance indexes of the website which helps in delivering a better user experience for the visitors.
Analytics
Analytical cookies are used to understand how visitors interact with the website. These cookies help provide information on metrics the number of visitors, bounce rate, traffic source, etc.
Advertisement
Advertisement cookies are used to provide visitors with relevant ads and marketing campaigns. These cookies track visitors across websites and collect information to provide customized ads.
Others
Other uncategorized cookies are those that are being analyzed and have not been classified into a category as yet.
Save & Accept
Powered by